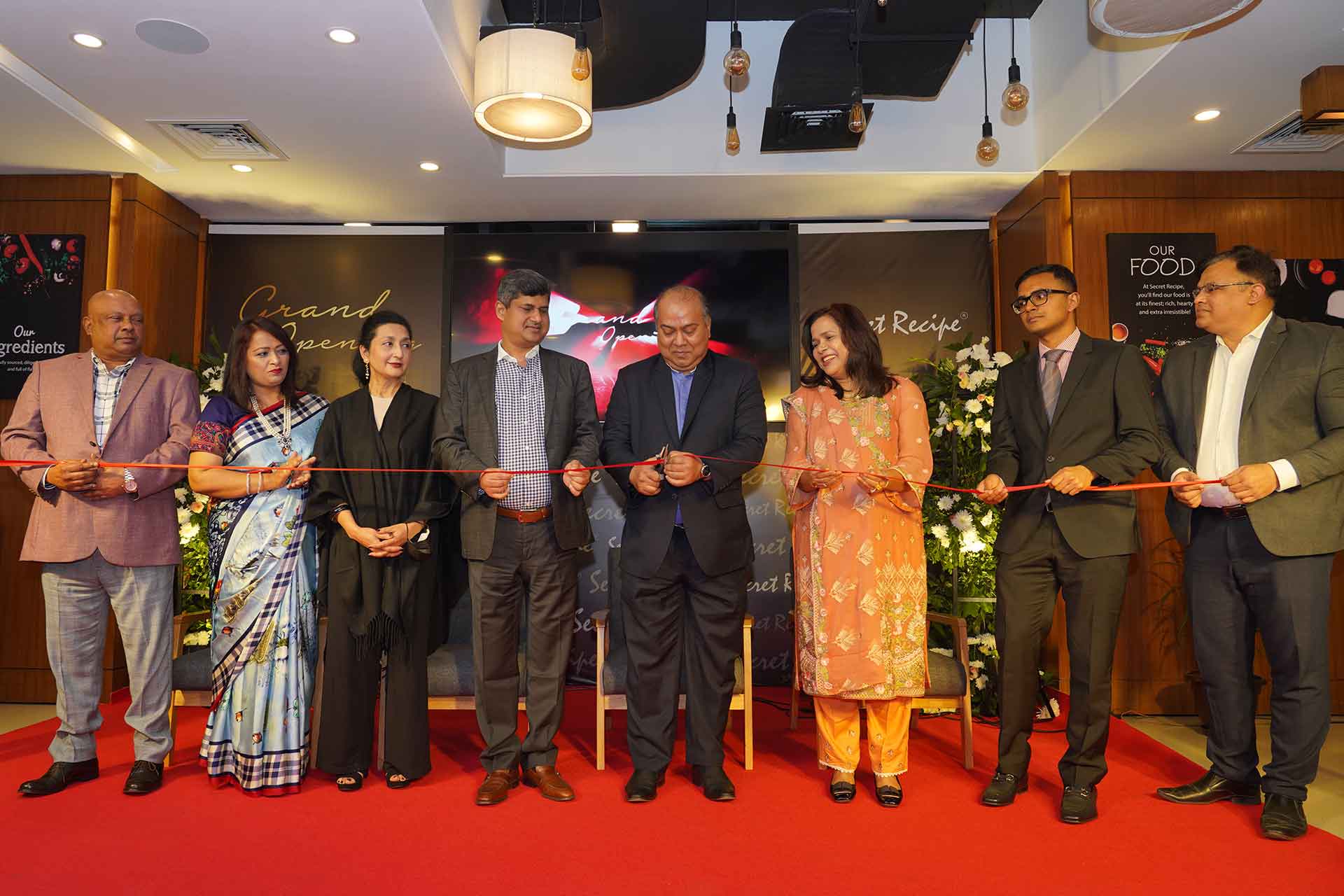 The premium 14th flagship outlet of Secret Recipe, a Malaysian restaurant line, has been launched at bti Landmark building, Gulshan1, Dhaka. One of the main attractions of the outlet is the premium food menus including Japanese cuisine and premium dining with capacity of 85 people.

Chairman of Bangladesh Securities and Exchange Commission Professor Shibli Rubayat Ul Islam was the chief guest at the inaugural function. He said, “The food business has become an art all over the world. Our GDP has already increased, our standard of living is improving, we also want to go world class in the future towards food quality and recipes; Secret Recipe is doing that. Lately, some university students are now working part-time and full-time jobs in Secret Recipe, which is a very positive change.” “The government is very supportive of these small initiatives during the pandemic. Secret Recipe is growing with quality and services. We wish success to such initiatives as Secret Recipe,” he added.

The master franchisee – Fair Group’s Chairman Ruhul Alam Al Mahbub said, “The first branch of Malaysia’s Secret Recipes Restaurant was launched on 11 October 2017 in Chowdhury Para, Khilgaon. Secret Recipe had targeted to launch a total of 50 branches in Bangladesh by 2022.”
“At present there are 14 branches including Khilgaon, Uttara, Shantinagar, Bailey Road, Green Road, Dhanmondi, Gulshan-1 and Gulshan-2. The branches are arranged in three categories – Flagship, Standard and Express,” he added. The restaurant stays open from 8am to 12am. There’s a sitting arrangement for 85 people with Wifi facility at bti flagship outlet.